One thing I’m always on the lookout for as a parent are great places for my kids to be able to ride their bikes. Many of Nashville’s greenways only allow for foot traffic and riding around the neighborhood always comes with SO MUCH stress. What’s the solution? The former airpark turned public park in East Nashville – Cornelia Fort Airpark!

Cornelia Clark Fort (February 5, 1919 – March 21, 1943) was a United States aviator who became famous for being part of two aviation-related events. The first occurred while conducting a civilian training flight at Pearl Harbor on December 7, 1941 when she was the first United States pilot to encounter the Japanese air fleet during the Attack on Pearl Harbor. She and her student narrowly escaped a mid-air collision with the Japanese aircraft and a strafing attack after making an emergency landing.[1]

The following year, Fort became the second member of what was to become the Women Airforce Service Pilots or WASP. Cornelia was working as a WASP ferry pilot on 21 March 1943 when she became the first female pilot in American history to die on active duty. She was involved in a mid-air collision and crashed ten miles south of Merkel, Texas in Mulberry Canyon, Texas.

The Airpark stopped operating in 2010 after the big flood, and it became part of the Shelby Bottoms Park system soon after. This included the addition of some awesome playground equipment, as well as a covered workout station! There’s also tons of space for getting creative with sidewalk chalk, so be sure to bring some along.

Another favorite activity at this park for our family is kite flying! Considering this used to be a runway where airplanes needed to land and take off, there are absolutely no trees anywhere except for along the outer edges of the park. This makes it the perfect spot for flying other things, as well! Side Note: this also means that there is not a lot of shade in the summertime, which…if you’ve lived here through at least one summer you know that can be rough on those hot, hot days. Be prepared with lots of sunscreen and water!

Every year at the park there’s an event that brings friends and families from Nashville and other parts of Middle Tennessee together for food, live music, and fun! It’s the Cornelia Fort Pickin’ Party and it usually takes place once or twice per month throughout the summer.

Parking: Ample free parking during the week, but it gets a little limited during the weekend. People come and go pretty regularly, though, so you usually find a spot rather quickly. 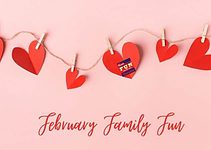 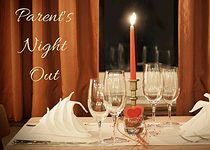 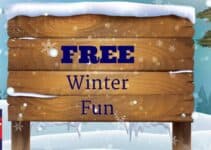