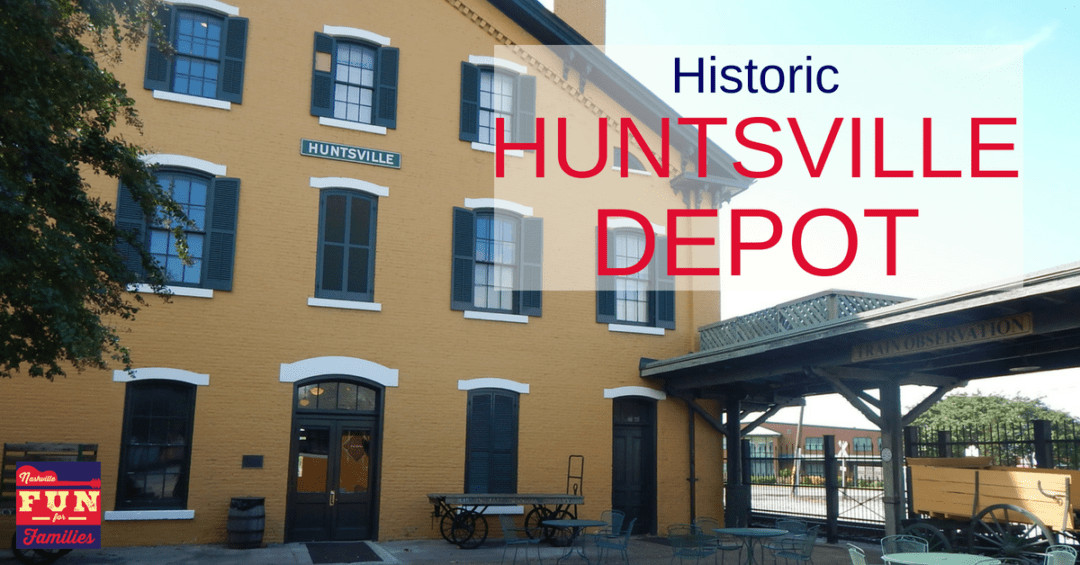 We were given tickets to visit the Historic Huntsville Depot by the Huntsville CVB. We appreciate their support of Nashville Fun For Families that allows us to spread the word of fun things to do in Nashville and beyond.

If you have a train enthusiast in your house this museum can’t be missed! Start your tour with a 12 minute film about the history of the Depot including its role in the Civil War and place in rail road history. After the movie, you will have the chance to take a guided tour or explore on your own. I can not stress this enough – go for the guided tour. Our tour guide, Matthew Joe Mallory, knew the answer to every question my kids asked and my 9 year old couldn’t get enough of the amazingly animated stories about the Civil War.

The Depot originally opened in September of 1860 as a stop on the Memphis and Charleston Railroad, which was the first railroad to connect the Atlantic Ocean with the Mississippi River. It was also the only east/west rail line in the Confederacy when the Civil War broke out in 1861. Huntsville was captured by the Union on April 11, 1862 and the Depot was used as a prison for Confederate soldiers. During the war Union troops destroyed track from Decatur to Huntsville (approximately 30 miles) which made the line un-usable. At the end of the war the line was rebuilt and used by the Memphis and Charleston until the company’s bankruptcy of 1912. At that point it was taken over by the Southern Railroad. The depot was used for passenger travel until 1968 when the rail lines in the area were converted to be used exclusively for freight.

On your visit, you will see a model rail road recreation of Huntsville at the time of Depot’s opening in 1860. As you climb the stairs (there is an elevator for strollers and wheel chairs) you can see original graffiti and drawings on the walls written by soldiers during their imprisonment. The rail line that passes the platform of the building is still in use for freight and a train does pass every 15 to 20 minutes. It’s amazing to feel the floor shake beneath your feet!

After the tour of the depot be sure to go outside and see the rest of the museum. There is a trolly that circles the grounds and you can ride as many times as you would like. In the center of the trolly tracks there is a large covered picnic area and sand pit. Make sure to walk through the train cars and see the classic vehicles stored inside the Autohouse. The collection includes one of six remaining 1928 Studebakers left in the world.

There is also a large indoor play area for preschoolers with a large play diner, trains and dress up clothes. It’s a great place to escape the heat or rain. 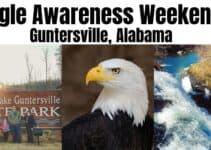 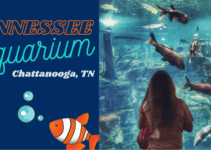 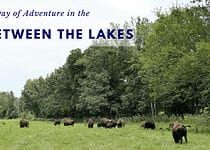