AMSOIL Arenacross is one of the most extreme racing environments in the world with unparalleled levels of competition and a fully engaging environment for fans. These fearless and highly talented athletes will compete on man-made dirt battlegrounds built inside the country’s most well-known arenas for 19 nights of high-speed, high flying fierce racing competition. And you get your chance to see all the action when the show comes to Nashville the weekend of January 28th and 29th!

AMSOIL Arenacross is the official feeder system for Monster Energy Supercross and attracts the best up-and-coming riders in the world, all set to prove that they can make it to the top tier of the sport. The athletes will compete on man-made dirt battlegrounds built inside Bridgestone Arena.

This season we have two hometown racers to cheer for. Trevor Tate, from Greenbrier, is debuting in his first season with AMSOIL Arenacross. He started racing when was 8 years old in local competitions, and driven by his desire to better himself and keep having fun being competitive, he made it to the national stage. His advice for kids that want to follow in his footsteps, “Have an open mind and keep it fun.”

Eight year old Hayden Davey, from Mt Juliet, is the other hometown favorite. He got his start when he was 4 years old, when his Dad tricked him to go watch motocross and brought Hayden’s bike. His favorite part of motocross is the jumps, and his desire to be the best and win drives him to “practice, practice!”

The 2017 AMSOIL Arenacross season will consist of a 14-round battle for the coveted Ricky Carmichael Cup. The championship will travel across 13 different states including new stops at Portland, Oregon’s Moda Center on March 18, and Sacramento California’s Golden 1 Center on April 1.

Bring your family to see the show! AMSOIL Arenacross events are affordably priced for the whole family with seats starting at $15. You can also enter to win tickets below!

For even more Arenacross fun, don’t miss your chance to be a part of AMSOIL Arenacross’s best-kept secret, the Monster Energy Fueled Track Party! This is your exclusive opportunity to feel what AMSOIL Arenacross and “Motocross, More Intense™” is all about by putting your feet on the same dirt battleground where the sport’s fearless athletes will lay it all on the line. Get an up-close look at the riders, machines and obstacles used to soar through the air at unimaginable heights and speeds. Join the Monster Girls and ACM-nominated DJ KO as they pump up the pre-race adrenaline, while you compete in contests, win swag and get the night started in the most exciting way possible. The party starts Saturday night at 6 PM and costs $10 at the gate. Or get FREE access by simply recycling an empty can of Monster Energy.

Tickets: Start at $15 and are available for purchase online at Ticketmaster.com, all Ticketmaster retail outlets, by phone at 800-745-3000 or at the Bridgestone Arena box office. 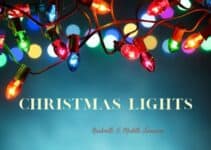 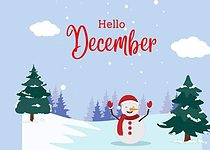