Win a Digital Copy of Star Wars: The Rise of Skywalker 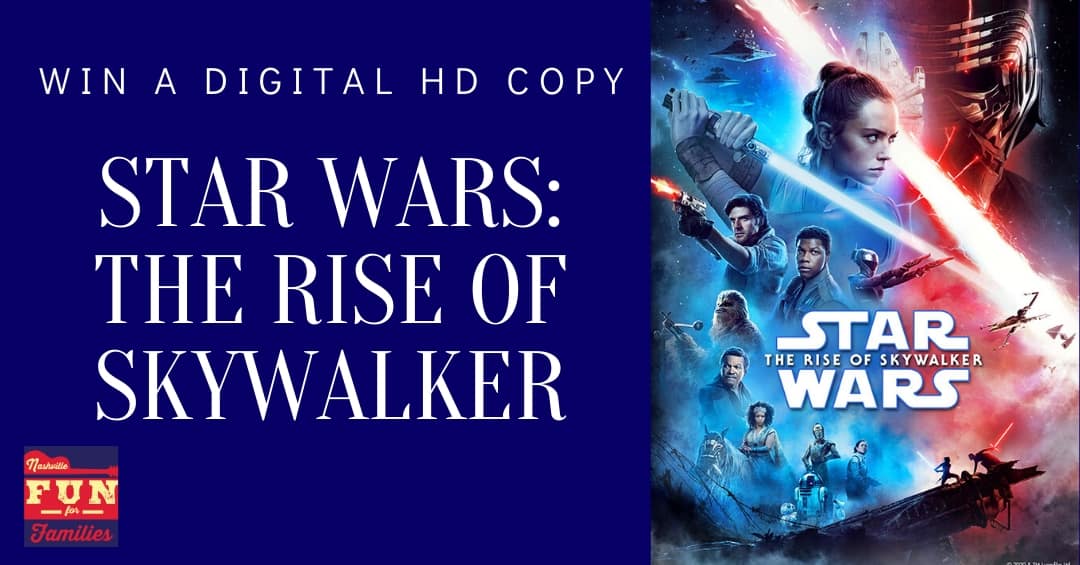 In these unprecedented times, we can all use a distraction. This week, the final saga in the Star Wars story, Star Wars: The Rise of Skywalker is being released. It arrived on Digital HD on Tuesday, March 17 and will arrive on Blu-ray on March 31, 2020.

We have four digital copies to give away. All you have to do is enter to win in the form below.

STAR WARS: THE RISE OF SKYWALKER

Over two hours of bonus material includes a feature-length, making-of documentary and behind-the-scenes access to the cast and filmmakers who brought the epic scenes and characters to life

Soon fans can complete their collections when Star Wars: The Rise of Skywalker arrives digitally in HD and 4K Ultra HD™ and via Movies Anywhere on March 17, two weeks before it lands physically in 4K Ultra HD™, Blu-ray™ and DVD on March 31.

Bonus material includes a feature-length, making-of documentary, which goes behind the scenes with the cast and filmmakers from Star Wars: The Rise of Skywalker and explores the legacy of the Skywalker saga.

Bonus features also dig into the film’s Pasaana desert scenes, including the thrilling landspeeder chase, and the ship in which Rey discovers family secrets as well as a new little droid named D-O. Plus, fans will hear from Warwick Davis, who reprises his role as Wicket the Ewok, as well as the creature effects team that created a record 584 creatures and droids for the film.

Digital consumers will receive an exclusive feature highlighting legendary composer John Williams, who has scored every episode in the Skywalker saga.

Enter to Win a Digital Copy

Enter to win a digital copy of Star Wars: The Rise of Skywalker by filling out the form below. Be sure to check your email after noon on Tuesday, March 24th to see if you were a winner!

About the Author: Lauren Breeze