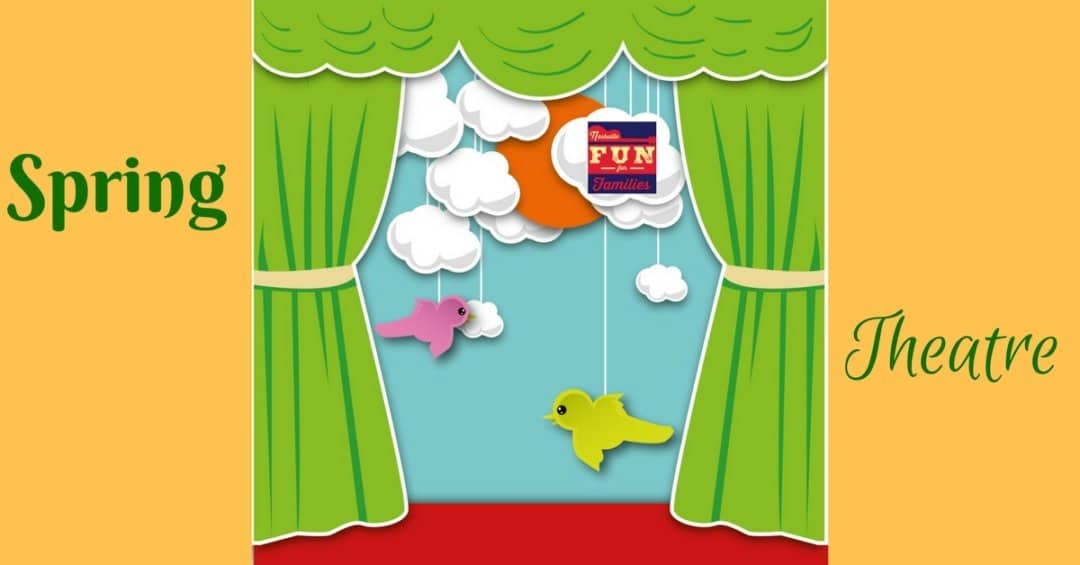 Get tickets now for some spring theatre! There’s never a bad season to enjoy a live show. Middle Tennessee is home to so many talented theatre groups. Make some plans for a family friendly outing or an adults only date night this spring. 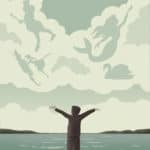 13-year-old Christian Andersen is the first commoner ever chosen by the King of Denmark to study at the Royal Academy, but he isn’t sure he wants to go. However, royal students have shoes without holes in them… and books; Christian can’t even afford paper. Plus, his new teacher is rumored to be meaner than a sea witch. Based on the real life of Hans Christian Andersen, this world premiere musical, featuring a score by legendary Broadway composer Frank Loesser and an original libretto by Timothy Allen McDonald, follows Hans’ journey from poor storyteller to one of the most celebrated writers of all time

The Teddy Bears Picnic – A Snuggery Performance  at the Nashville Children’s Theatre (Map) March 7 – May 24, 2020 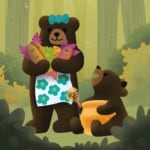 Mama and Buddy Bear invite you and your “youngin” to a unique theatrical experience! Be placed in an intimate and magical playground where everyone is part of the action at The Teddy Bears’ Picnic. When complications arise with Mama’s Special Surprise, the Bear Family sets off on a plan, with the audience’s assistance, to make all that is wrong right again. Join them in the festivities as they prepare to dine, dance The Teddy Bear, and deliver an unforgettable day!

Nashville Children’s Theatre’s professional performances for children 0-5 and their grown-ups will include: A small audience, An immersive environment, Pre- and post-performance experiences, Music, sound, and movement & Audience interaction and participation

Designed to overcome age, language and development barriers, an NCT Snuggery performance is a safe environment for focus and creative thinking to be nurtured, or even discovered for the first time! 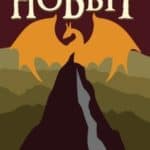 It’s unusual for a modern work to become a classic so quickly, but Tolkien’s “ring” stories, which began with The Hobbit, clearly are in this very special category. They stir the imagination and intellect of everyone they touch. Bilbo, one of the most conservative of all Hobbits, is asked to leave his large, roomy and very dry home in the ground in order to set off as chief robber in an attempt to recover an important treasure. It’s the last thing that any sensitive Hobbit would want to do, but great benefit eventually results—not only for Bilbo but for all of the Hobbits who inhabit Middle Earth—and the hearts of those children and adults who continue to enjoy this kind of magic. 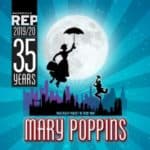 Nashville Repertory Theatre presents the magnificent story of the world’s favorite nanny! Mary Poppins flies into the home of the Banks family where young Jane and Michael are in need of both affection and discipline. With the help of Bert and a colorful cast of London characters, Mary Poppins uses magic, adventure, and a spoonful of sugar to teach the entire Banks family to love each other and their supercalifragilisticexpialidocious lives. With new music and classics from the film, this musical adaptation of Disney’s masterpiece is practically perfect in every way!

Dates and tickets at this link 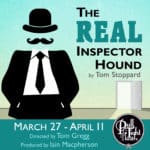 Tony and Academy Award-winning playwright Tom Stoppard delivers the ultimate cozy mystery parody in this play within a play within a play. A comic spoof of the whodunits popularized by Agatha Christie, The Real Inspector Hound blends a secluded English country manor house, ominous radio reports of a criminal on the loose, suspicious visitors, a relative with a shady past, a dead body, and fourth walls broken down left, right, and center to create a riotous evening of immense proportions and answer the ultimate question: Who is the real Inspector Hound?

Schedule and Tickets at this link.Tickets – Adults $20 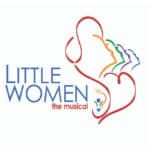 Produced nationally and internationally, Little Women has been praised by critics for its ambition in adapting such a well-known story for the stage. This timeless, captivating story is brought to life in this glorious musical filled with personal discovery, heartache, hope and everlasting love. The original production starred the unparalleled Sutton Foster, who received Tony, Outer Critics Circle and Drama Desk nominations for her performance.
Based on Louisa May Alcott’s life, Little Women follows the adventures of sisters, Jo, Meg, Beth and Amy March. Jo is trying to sell her stories for publication, but the publishers are not interested – her friend, Professor Bhaer, tells her that she has to do better and write more from herself. Begrudgingly taking this advice, Jo weaves the story of herself and her sisters and their experience growing up in Civil War America.
Rated PG

Showtimes are Fridays and Saturdays at 7:30PM and Sundays at 2PM

Tickets can be purchased at this link. 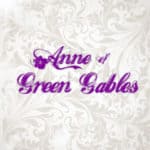 Anne of Green Gables, by L. M. Montgomery, Is the beloved tale of a red-headed orphan girl named Anne Shirley who lives on Prince Edward Island. She gets adopted by Matthew and Marilla Cuthbert, an elderly brother and sister duo who live on a farm called Green Gables. Anne brings unexpected adventure into their lives with her curiosity and imagination.

Schedule and tickets at this link. Cost: $16 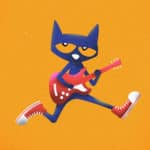 When Pete the Cat gets caught rocking out after bedtime, he’s sent to live with the Biddle family to learn his manners. He gets the whole family rocking except for young Jimmy Biddle, the most organized second grader on planet earth. When Jimmy draws a blank in art class, however, Pete is the perfect friend to help him out! Together, they set out to help Jimmy conquer second grade art, and they learn a little something new about inspiration. Join Jimmy and Pete on an adventure of friendship, all the way to Paris and back in a VW Bus!

Mamma Mia! is a jukebox musical based on the songs of ABBA. The title is taken from the group’s 1975 chart-topper, Mamma Mia and tells the story of a young woman’s search for her birth father. This funny tale unfolds on a Greek Island on the eve of a wedding where a daughter’s quest to discover the identity of her father brings three men from her mother’s past to the place they visited twenty years prior.

Schedule and Tickets available at this link.

The Adventures of Huckleberry Finn at The Springhouse Theatre (Map) April 17 – May 3, 2020

Tickets and schedule available at this link. 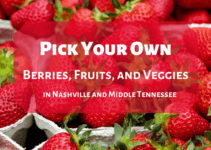 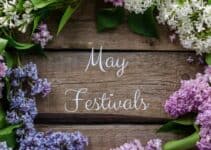 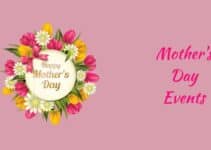