Let’s be honest…there are a million different options during the month of October for things to enjoy with your family. Narrowing down the options can be almost impossible! I can say, however, that there is one event in particular that you should put on your DO NOT MISS list this season!

Glow moved to the Hermitage for the 2019 season. We are still waiting to hear if it will be back for 2020.

The Glow: A Jack O’ Lantern Experience at the Fontanel Mansion in Nashville is unlike anything you’ve probably seen before. This massive walk-through includes more than 5,000 hand carved, illuminated pumpkins.

They had been transformed into intricate, illuminated scenes, such as a larger than life flower garden, creepy carnival and even a Disney Princess castle! The structures are almost entirely made of carved pumpkin; an almost unbelievable display of talent and creativity.

One thing I noticed that I was very impressed with was the fact that the entire trail was very stroller/wagon/wheelchair friendly! Most of the trail is on paved surface. The parts of the trail that aren’t, they’ve laid down a thick fabric ground covering ensuring that everyone gets to enjoy the trail from beginning to end.

The Jack O’ Lantern trail circles around to a large field with various activities, as well as food vendors (and a bar!). Like most events of this kind, they do have a tent set up selling various glowing toy trinkets, so you’ll want to be prepared for that.

They had what they called Jack’s Choir which everyone seemed to really love! Three pumpkins with glowing faces, singing along to various Halloween classics. It was definitely a hit with my kids!

Another thing I found interesting was the live pumpkin carving demonstration by Master Carver, Bill Bywater. Bill carved over 80% of the pumpkin masterpieces on the trail. He was wonderful with answering the audience’s questions about everything from the things they had seen on the trail to tips for carving their own pumpkins at home.

Location: Will be updated

Dates and Hours: Not currently scheduled for 2020 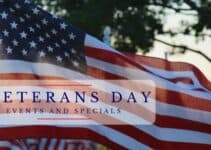 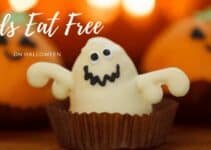 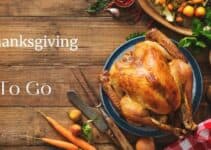 12 thoughts on “The Glow: A Jack O’ Lantern Experience”